The US Armed Forces ONCE AGAIN proved to be the single most liberating military force known to human history. In a little over five years the US and Coalition forces removed this scumbag from power: 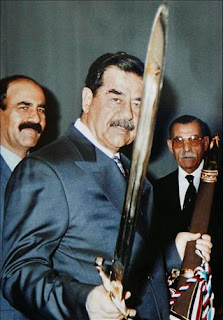 So he could no longer do this: 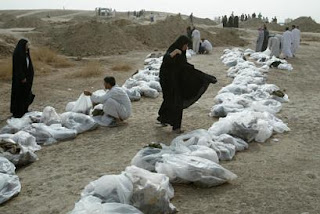 And so he could no longer support Islamic terrorists who do things like this:

The Kurdish daily Kurdistani Nwe has published a 2002 letter from the Iraqi presidency that it says proves that there was cooperation between the regime of Saddam Hussein and Al-Qaeda.

The letter, which appeared on the paper's front page, was published by the intelligence apparatus of the Iraqi presidency and discussed an intention to meet with Ayman Al-Zawahiri in order to examine a plan drawn up by the Iraqi presidency to carry out a "revenge operation" in Saudi Arabia. 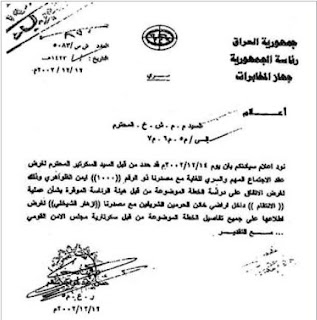 Delroy Murdock explains it the best in my opinion at the Hussein and Terror page:

Thus, there is abundant and undeniable evidence that Saddam Hussein provided money, diplomatic services, shelter, medical care, and training to terrorists of every stripe, including those complicit in the 1993 WTC bombing and — according to a Clinton-appointed federal judge — the September 11 attacks. The Iraqi dictator aided al-Qaeda and other global terrorists who murdered Americans, both at home and abroad.

Saddam Hussein was a living threat to American national security and the safety of the civilized world. Earth is a safer place with him now where he belonged all along:

HANGED BY THE NECK UNTIL DEAD.

Tennessee Southern Yankee Blog with spiritual, political, philosophical and irrelevant opinion. Also including occasional Tennessee Titans, Boston Red Sox, Boston Celtics and Nashville Predators comments, along with whatever else I'm pondering..And I freak out about Asteroids hitting the planet every once in a while. So you've been warned......"There is no reason anyone would want a computer in their home." ... --Ken Olson, president, chairman and founder of DEC 1977